Aztec Shoots Itself in the Foot 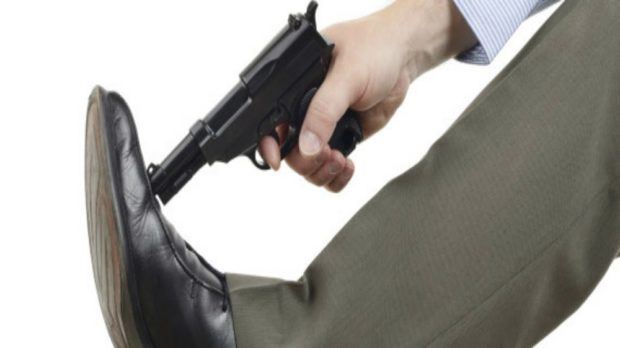 Aztec shoots itself in the foot by responding to the receiver lawsuit. After Fierce filed the Receiver Lawsuit on March 29, 2019, Aztec had until Thursday, April 18, 2019 to respond. This time Aztec bothered to respond. The last two lawsuits that were filed in Arizona, Aztec could not bother to respond. Eventually it responded, but four months too late. This time, Aztec filed the response on the last day.

I think it would actually be better if Aztec did not respond because the response is so dumb that it actually hurts them. Here is the link to the response.

Let me highlight some of the comments.

Wait a minute. Did Aztec’s lawyer just woke up from a year-long nap. The entire legal battle in Arizona has been about Fierce being a shareholder of Aztec.

The Arizona judge already ruled about that and said the following about Fierce’s ownership,

“In any event, the supposedly dispositive ‘review of Aztec’s current shareholders’ is a letter dated April 1, 2011 from Glen D. Harder, apparently an attorney in Vancouver. Even ignoring that the letter is unsworn and appears to have been based on self-serving hearsay, it does not show that Fierce Investments is not a shareholder and/or was not a shareholder at a material time. Aztec has not shown that its defense is meritorious.”

Let’s move on to another genius argument.

Yes, this is absolutely correct that the judge entered a default judgment against Aztec. And whose fault is it? When the lawsuit was filed, Aztec had 20 days to respond to it. Aztec was served properly and what did they do? They responded 4 months late. The judge still read Aztec’s weak response and commented on it even though he didn’t have to.

The next one is the best.

Here the lawyer talks about how when Aztec bought Santo Tomas from Fierce, it was supposed to pay for certain expenditures. Because Aztec failed to do so, the entire agreement was terminated while Fierce retained the 40 million shares. It says, “At the point of termination, Aztec had no money and no interest in any properties.”

I cannot believe they just said this. Aztec admitted to the court in Arizona that Santo Tomas was taken away from them because of its failure to pay for certain expenditures. This is what I have been saying all along – Aztec does not own Santo Tomas.

Aztec is doing this to desperately show that the 40 million shares were cancelled so that the receiver does not get appointed. But the crazy thing is that this tactic will not work. This is because the judgment had already been granted in December 2018 and it is too late to present any new evidence. But even if Aztec could provide more evidence, it still cannot prove that the shares were cancelled because Hermiston voluntary-cancellation letter does not have his signature. It is just another piece of self-serving hearsay. I could also create a letter that states the exact opposite. If it doesn’t have a signature then it means nothing.