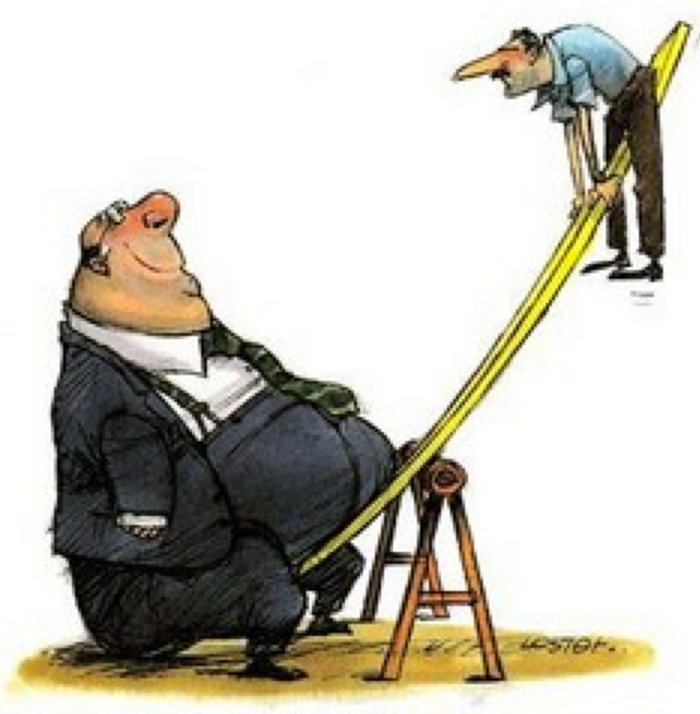 ” Aztec’s only leverage point is the time OCO could save by settling instead of waiting for the courts to reach the appropriate decision. As the cases play out and were now very close to a court decision that leverage has (and will continue) to diminish to zero, and Aztec gets not even a crumb of the pie.”

Before Mr. Rodriquez started the legal action of getting Santo Tomas property back, he was obviously willing to give up 50 percent of the property to get the other 50 percent back. This is the deal that he made with Oroco who financed the legal battle. For Aztec, such a direct deal with Mr. Rodriquez would have made everybody happy and saved almost 10 years.

At that point, Aztec had the most leverage. If they were reasonable, they could have negotiated with Mr. Rodriquez and gotten 50 percent of the project even though they stole it from him. Look at how Aztec shareholders would have made out.

When David Hermiston raised approximately $2 million from Aztec shareholders, he did so from approximately 100 people. So on average each person invested $20,000. If Aztec settled at that point, 50 percent of the project could have yielded them $250 million assuming Santo Tomas was worth $500 million (I am not saying it is worth $500 million but some people believe in this number so let’s stick with it). Each Aztec shareholder, on average, would have gotten about $2.5 million. This is more than 100 times their money. Wow.

This wasn’t enough for the greedy people. They wanted the entire property even though they had zero right to it. Then, in 2011, Mr. Rodriquez started the legal action in Bahamas. At that point, Aztec’s leverage went down. There was absolutely no way, they could theoretically have gotten 50 percent of the project anymore. But still Aztec could have called to ask for a settlement. Did they do it? No, they still probably thought they could get the entire property. In other words, they were unreasonable.

In April 2015, Mr. Rodriquez won in Bahamas. The court ordered Aztec to return Ruero International shares to him which held the indirect interest in Santo Tomas. Aztec’s leverage went down again. But still they had some leverage. They could have called to ask for a settlement? Did they do it? No.

Of course, they was no way they could have gotten 50 percent or even 25 percent, at that point. But they could have probably gotten 5 percent. This would still be about $25 million. I understand that this would have been a tough pill to swallow considering they could have had $250 million just a few years back. This is what happens when you are unreasonable.

Based on my scuttlebutt, I learned that Aztec was offered 5 percent to walk away and settle. Again, the stubborn and greedy Aztec leaders were no satisfied. Instead, they perpetuated fraud in Mexico in August 2015, right after they lost in Bahamas.

I guess they were looking to get some leverage back. This is understandable but stupid considering that they had so much leverage before the legal action in Bahamas started.

Fast forward to 2017. Fierce filed Amparo with the Mexican courts on the ground that Fierce had not been served with notice of the suit. Aztec’s leverage went down again. This Amparo can wipe them out completely. At that point, Aztec could not have gotten 5 percent even if they had begged on their knees.

I am going to ignore the closure petition and just go straight into the Arizona lawsuits. In March 2018, Fierce filed a legal action in Arizona claiming that Fierce owned 40 million shares of Aztec. This was absolutely huge because if Aztec lost that, they would completely lose control over Aztec and be completely wiped out. Aztec’s leverage went down again. Could they get 3 percent? Maybe. But they could try. Make the call. Did they do it? No.

Instead, they completely ignored the Arizona lawsuit. They didn’t even respond. I kid you not. Something lethal was filed against them and they didn’t even bother to respond. This is what I am talking about. We are not dealing with reasonable people here.

Eventually, Aztec responded but four months late. They had 20 calendar days to respond. They only responded because the judge was hours away from making a default judgment. Aztec asked for the lawsuit to be thrown out. They provided weak evidence claiming that the 40 million shares were cancelled. The judge disagreed and entered the final judgment in December 2018. Aztec’s leverage went down again.

On March 29, 2019, in Arizona, Fierce filed for a receiver to be appointed. Oh shit. I bet Aztec did not expect that. Aztec’s leverage went down again. We better make the call now before we lose everything. No. Instead, let’s issued a press release

In the press release, they pretty much said what the judge already disagreed with. Why did they issue it? I don’t know. Remember, they are unreasonable people. Could it be that this was their way of saying, “We want to settle.”

Aztec’s press release says this at the end

“We are ready to settle. Please call us.”

This is just my speculation. I don’t know if this is really what they are saying considering that they included this press release in the response to the receiver lawsuit filed on April 18, 2019.

You can read about Aztec’s response to the receiver lawsuit in my article “Aztec Shoots Itself in the Foot.”

On April 9, 2019, the judge scheduled a 15-minute preliminary hearing for the appointment of the receiver for Friday, April 19, 2019. The purpose of the hearing was to set the date for the evidentiary hearing. He asked all the parties to be present personally. I think this was a way of giving Aztec’s people their last chance to prove their case. This is just my speculation.

Did Aztec’s leaders show up? Of course not. Why would they? They couldn’t bother to respond on time to the Arizona lawsuit, why would they show up to a hearing? If the judge wants to see them, he can fly to Edmonton, Canada, and see them on his dime. Who does the judge think he is?

I am writing this article on Sunday, April 21, 2019. This is two days after the 15-minute preliminary hearing. At this point, I have no idea what happened at the hearing.  I get my legal information from Superior Court of Arizona Maricopa County website and as of now nothing has been posted.

With that being said, we are days away from the receiver getting appointed and this article is about leverage. Aztec leaders’ wonderful decision making skills made their leverage go from BIG in 2011 to pretty much nothing in 2019. They could have made Aztec shareholders $250 million but instead chose to be unreasonable and as a result Aztec will not even get a crumb of the pie as the quote at the beginning of this article suggests.