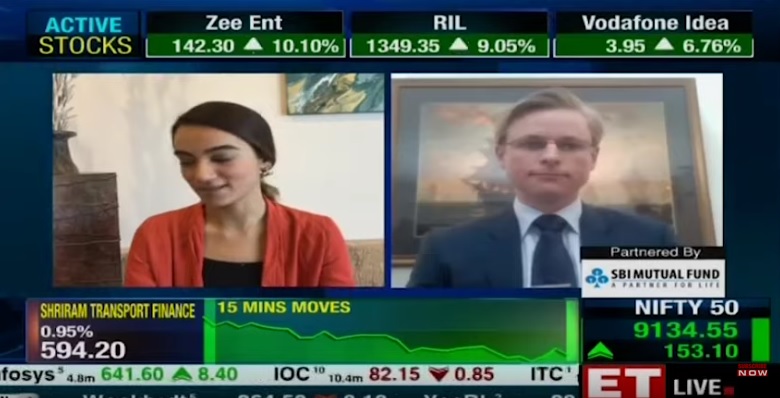 Usually, I invest is small and microcap companies where there are literally no analysts covering these companies. It is nice because you can think for yourself.

When analysts are present, then investors turn their brains off and just wait for the analysts to tell them what to do. This analyst thinks that the supply and demand of oil will be balanced during the second half of 2020 and consequently is telling people that tanker rates will crash.

Think for yourself. Do you really think that the supply and demand will be balanced in 2020? I believe (you don’t have to agree) that there is zero chance that the market will be balanced. Zero.

The conventional thinking is that when the price of oil goes down, production will follow. This might be true in the US but not in Saudi Arabia. When the price of oil goes down, Saudis will increase production because they need to finance government spending. Yes, they will cut some to satisfy Trump but they will not do much more than that. So the production will stay above demand for some time keeping oil contango steep for long.

I am not saying that the analysts are idiots or anything like that. Obviously they are smart individuals but they don’t have real money behind their opinions. They can say whatever they want and most of the time they are completely wrong because the shipping industry is not very predictable.

For example, in 2016 and 2017, they were all extremely bullish on the oil tanker market. They were cocky bullish. This includes the CEOs. Did they see that 2018 was going to be absolutely horrible? Hell no. They were just rationalizing how a large fleet growth was going to be absorbed. Look at the following videos yourself. They include both CEOs and analysts.

Now what we are seeing is the CEOs being a little bit more bullish but the analysts are saying “Be careful. The rates are high but they will crush. Don’t buy.” I would agree if the oil tanker stocks were expensive but they are not.

They should just shut the hell up and let people think for themselves instead of outsourcing thinking to the analysts.