Fight between the bulls and bears of oil tanker stocks continues 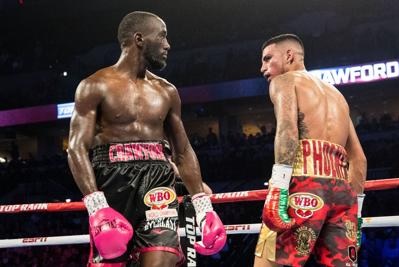 The daily movements in the stock prices of oil tanker companies are pretty wild. It seems like they can’t decide which way to go. This just shows you that there is a tremendous battle between the bulls and bears.

Today, April 29, 2020, was a brutal day. The bears had their day and some definitely took some victory laps.

Ok, let’s step back and think about what the entire thesis for the oil tankers is about. Is it to make $300k per day on VLCC rates? No. Is it to have all the ships storing oil? No. Is it to have oil contango for years? No. It is about making respectable rates for a sustained period of time in order to reward shareholders.

This fundamental improvement caused the stock price of Frontline to go up 50x. I am going to say this again. 50x. This is not counting dividends.

But the market does not care. The bears say that the rates this high are unsustainable. It is not about that. Take the rates between $100,000 and $300,000 for as long as you can, Then, hopefully, rates can go to back to respectable levels like the ones that brought bonanza between 2003 and 2008. The oil tanker companies do not need to make $100,000 or $300,000 per day in order to be hugely profitable. They just need to make rates high enough to have sizeable bottom lines. You might ask “Why would they have sizeable bottom lines if they are nothing but professional capital destroyers evidenced by the last 11 years?”

After the bull market party ended in 2008, the average rates for VLCC and Suezmax went down. There was a spike in 2015, but for the most part, the rates were very low. In 2018, they hit rock bottom. (By the way, the spectacular analysts covering these stocks were extremely bullish in 2016). The low rates translated into very weak bottom line and pretty much non-existent dividends because you can’t pay dividends with losses.

You might ask why did the rates go down? One uneducated bear said that it is because it is a dying business. If he took some time to study the situation, he would have learned otherwise.

The reason why the rates were so weak from 2009 to 2018 was because the oil tanker industry ordered too many ships during the good times (2003 to 2008). That’s what cyclical industries do. They shoot themselves in the foot.

It took 10 years to work through that oversupply of vessels. During that time, older vessels were scrapped and banks stopped financing new orders. It was just matter of time before another cycle was going to start. Cyclical industries go through booms and busts. They don’t just have booms and they also don’t just have busts. The problem is that when these industries are going through busts, no one believes that they could ever experience another boom. When you get yourself high on heroin, you will come down for sure, but if you take another shot, you won’t stay down either.

The bears are bearish. They say that the rates are not sustainable at these sky high levels and will collapse. Do the bears have some kind of mental disorder? They are selling these stocks because the companies are making too much money and when the rates collapse, they will be just making good money.

I can already hear some bears saying “What makes you think that rates are not going to collapse to $11,000 for Suezmax and $18,000 for VLCCs?” This is where the supply and demand of ships come into play.

I already said that nobody is financing new ships especially when everybody thinks that the sky high rates are unsustainable. The order book is historically low. The ships that were ordered and delivered as a result of 2003 – 2008 bull market are becoming grandpas and grandmas. There are regulations that do not allow these grandparents transporting oil. They will be scrapped. The only reason why some of them are still around is because they can make a lot of money storing oil. So why not? Store the oil for 3 to 12 months and then go get scrapped afterwards.

When the quarantines end, the demand for oil will soar from the currently depressed levels and it will keep soaring as the economy recovers. The vessel fleet will stay reduced because a bunch of them will still be storing oil for months. The demand will likely be increasing at a faster rate than the vessels being released from storage. This should support vessel rates at reasonable levels especially if oil production stays higher than demand. And when everything returns back to normal, why can’t the cycle resume to what it already started in 2019?

I know this is oversimplified. A lot of you have a much better understanding of the situation than I do. The point that I am trying to make is that the current rates are fantastic. Such fantastic levels are not necessary for the oil tanker companies to make a lot of money. Therefore, the current rates should be enjoyed as long as they last whether this means a few weeks, months, quarters, or years. They should not be feared.

Oil tanker companies were also included in my book, How to Profit from the Coronavirus Recession.