Tesla – I Selfishly Want it to Succeed 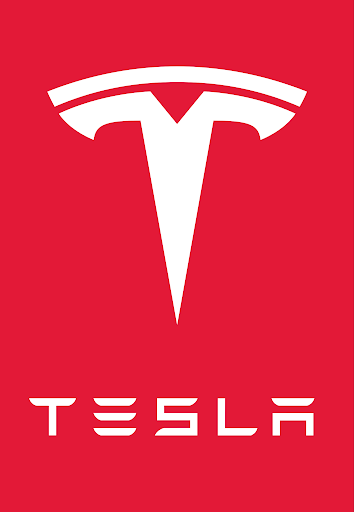 Right now you literally cannot escape several topics such as Koby Bryant’s helicopter crash, Trump’s impeachment, Coronavirus, and Tesla destroying shorts. I mean everywhere you turn, you get bombarded with these topics.

However, not too long ago, a day or week could not go by without me getting some kind of email or notification about why I should short Tesla. I was told the company was cooking its books, executive were resigning in droves, drones were discovering inventory buildups, etc.

I was thinking to myself why do so many people want the company to fail. Yes, I know some are short and have the financial incentive for it to fail. But come on. The company is making electric cars that people like and I think that this is good for the world. Are they jealous of Elon Musk? Possibly. Is the valuation too high? Possibly. Is the company a fraud? I doubt it.

I was not going to short the stock no matter how many smart people were shorting it and no matter what their reasons were because shorting Tesla is like telling Christians that Jesus Christ never existed.

Tesla is like a religion or cult and I don’t mean it in a negative way. The CEO is a pioneer and visionary. The car is fantastic according to anyone that I ever talked to. People are in love with the company and its products. Governments love it. Environmentalists love it. Employees love it. Lenders love it. Investors love it. And I am suppose to short it? I don’t have the guts.

I actually want Tesla to succeed. This is because I am selfish and Tesla’s success is likely going to make me a lot of money. This is not because I own Tesla’s stock and definitely not because I own Tesla’s car. There is no way I would pay $60,000 for a depreciating asset if I can buy a used 10-year old Honda for $7,000 and deduct $5,000 every year on my tax return as a business expense. But this is just me. When I was 13 years old, I was impressed with cars. Today, I don’t care if the car is powered by breath or whether it attracts gold diggers. I just don’t care. It is just a car. I am too simple for Tesla.

With that being said, I am glad others think differently because if it wasn’t for them we would not have growing economies.

The reason why I will benefit from Tesla’s success is because if electric cars become a significant portion of all the new cars purchased, then the demand for copper is going to increase. So actually, I should have said that I am cheering for all the auto manufacturers to succeed with electric cars, not just Tesla.

At this point, there is an argument that Tesla might not be number one electric car maker because competition from other auto manufacturers is coming. That’s what makes copper so great. Copper does not care if the brand of the car is Tesla, Audi, or Toyota. All copper cares about is whether the car is electric because electric cars require a lot more copper than traditional cars.

When you look at all the significant copper producers, you hear the same message – there is not enough copper at this price to satisfy the growing demand.

Mining is a terrible business. Believe me. I lost a lot of money in it. You have to find a deposit by buying it from a junior or by exploring for it yourself. Then, once you find it, you face oppositions from governments, local residents, environmental groups, and the lots of other places. Mining is dirty and not many want to have it in their back yards. People want the product but they want you to dig it out without disturbing the environment.

Then, after you finally get the deposit into production, you get to pay a lot of taxes. But all of this is not the worst. The worst part is that your deposit gets depleted every year because there is only a finite amount of it at your location. So you have to keep looking and developing new deposits and turning them into mines or you will die. Tesla will get its copper from you or someone else. It doesn’t matter to Tesla if you live or die.

The copper market is not like anything else. There is only a handful of mines that supply the entire world with copper. Those mines have been in production for many years and they are simply not enough to satisfy the future demand for copper that is coming from such demand drivers such as electric cars.

In order for miners to keep up with this demand, they will have to find or buy new copper deposits. There is no argument here. This is a fact. Not an opinion.

Right now, they are not finding much. For example, Fortescue Metals Group is a iron ore producer from Australia. The company said a couple of years ago that it wants to become a top copper producer in years to come. Consequently, the company is spending more than $100 million per year exploring for copper. What does the company have to show after spending millions? The company does not have a single copper deposit. And Fortescue is not alone. Other major mining companies have a very hard time finding more copper.

If you are a Tesla bull, there is no reason to panic. Tesla will get its copper. Don’t worry. If the mining companies can’t find copper deposits themselves, they can always buy the promising deposits from the juniors.

RFC Ambrian recently published its “Copper Project Review 2020.” Here is the link to the report.

In the report, Ambrian said that there are only 19 copper projects large enough to be most of interest to the majors who do not own them yet. Ambrian divided the 19 candidates into three categories: High, Medium, and Low. This is referring to probability of getting acquired by a major. There are five projects in the High probability category, seven in Medium, and seven in Low.

I have to say that Ambrian was being nice to the projects in the Medium and Low category because if it was me I would call the three categories: High, Low, and Not Happening.

The projects in Ambrian’s Medium and Low probability category have way too many problems with them to be acquired at the near future.

Out of the seven Low probability candidates, two are located in Philippines which has a ban on open pit mining. Another candidate has environmental problems. Another one has huge operational and political risk. The remaining three don’t have information on them to make a judgment.

So only the High probability category has some decent copper projects. Think about this. The demand for electric cars is exploding. Copper production is not keeping up and the majors only have five projects in the entire world that they have to choose from to sustain and increase their current copper production. They have to buy. They have no choice. If they don’t, Tesla and others will not have enough copper. Tesla can always become a copper miner itself by buying one of these projects.

The project that I own is Santo Tomas through share ownership in Oroco Resource Corp (TSX.V: OCO, OTC Markets: ORRCF). It is one of the High probability candidates in the Ambrian report. After going through all of the projects available, I believe that Santo Tomas is the best in the world. I challenged several investors to find me something better. No one stepped up to the challenge. Maybe you can find me a better copper project, not yet in the hands of the major. It has to have

-Not in the hands of a major