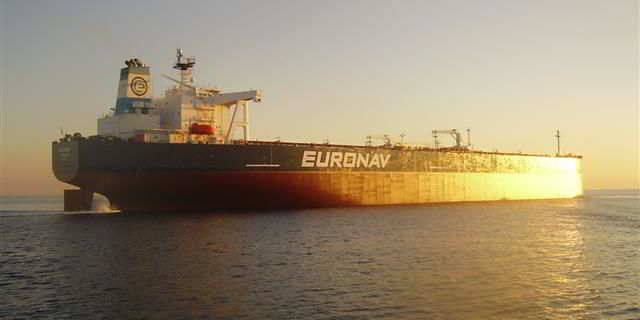 The following are some of my notes from the Crude Tanker Panel.

You can watch the entire discussion here.

What we are seeing is a complete destruction in the world on oil. We are probably down 15 million barrels per day so my simple numbers show that we are about 20 million barrels per day oversupplied in the world today… It is turning off production is not something you do instantly. It is not like a garden hose. It will be something that will be done overtime. I think that time is ahead of us. … I would claim that it is likely that the world is currently oversupplied by 20 million barrels per day. And I will also claim that we are building inventories in the world five times faster over 2015. So what we are seeing now is incredible… I don’t think there is more than 300 million barrels of oil storage capacity in the world. You see the numbers of 900, you see the numbers exceeding a 1,000, but that includes the SPRs in both China and in the US … I don’t think we will access the SPR of the US. So commercial, non-base storage is probably 300 million barrels and it’s dropping fast. So what is going to happen and we are in the midst of that and we’ve talked about it in the past two weeks and it’s now really kicking off. The storage on ships is about to change this market and change 2020 completely. Personally, I have been completely wrong through January. I don’t I got anything right at all but what I do think this year with the way things are building up there is going to be so much storage. It is going to be much more extreme than in 2015. I have no idea where the rates will be but things are looking extremely interesting for tankers.

It is a very interesting times. I think we are one of the few industries that is actually going through a very strong cycle as everybody else has said that we are seeing a lot of interest for storage. The contango is there. A lot of interest for storage even on Afromaxes is starting to happen. I think what is also very positive is the movement of the clean market. … This is one of the first times that we are seeing also contango in the clean market with price of bunker and fuel oil at very very low levels … We are looking at the very strong first and second quarter. … There is not a single talk by any of us for new buildings and I think this will eventually lead to a healthier market. Someone said that this is something that happens every ten years. I agree. We are going when we get out of this situation right now will be ups and downs in the next 18 months, we are going to be facing a much more balanced and healthier market. We are not only here for today where the market is positive. We are looking for the industry in longer term and I think we are going to finally have a similar cycle like the one we had from 2002 to 2008. And then finally, the ones who did not retire can retire then.

How many VLCCs are available for storage?

Depending on the rates the entire fleet of VLCCs is available for storage, but let face it, the spot market is  around $100,000 $120,000. Indeed as someone said in the introduction, we started the year a little bit above that and we moved to a very low territories and we had a strong rebound thanks to the Saudis. So far as Robert said, first destination for storage will be land storage. I think he is absolutely right when he says that it is limited. We have approximately the same number of availability which is 300 million barrels and whether this is being filled at a rate of 10 or 20 million barrels per day depends on the real number which I guess it is very difficult to assess, but starting with the restrictions on travel, cars not moving that much, planes obviously on the ground, there is a serious destruction of demand and therefore the storage will be filled one way or another very soon in the next 30 to 60 days. In the meantime, there is demand for storage on the vessels. It always starts with the older ships which is a good thing. We have been approached to have contracts for 6 to 8 months and the levels of the rates between $70,000 and $85,000, 90,000 a day depending on where you want to store the oil and of course whether you attach trading optionality. So these are very serious rates and to certain extent it will be beneficial for the people who do it, but more importantly it will be beneficial for the people who have exposure to the spot market because it will restrict the supply of vessels. Because the ships that are being taken for storage are the old ones, the cherry on the cake is that when they are released from storage work, they usually face drydock and in that point in time if they are released that’s because the world is in different place, that’s probably because the world is starting to consume the oil that has been stored which means that our rates may go down but those ships will be eliminated. Not only do we have extremely limited orderbook at the moment and probably even fewer in the future for the next 6 months or so or maybe a year. But on top of that we have a lot of old ships that will be good candidates to be scrubbed if and when our rates start to be weak so the future is very bright. People are scared about the amount of oil that is being stored at the moment but they should try to find comfort that when it will hit our market we will have enough remedy to restore a normal market as quickly as possible.

I think the current market is what should have the main focus on the panel. I think one thing is certain. Supply of ships is being strangled. Whether we have 10 million barrels extra or 20 million barrels extra, it is building at a pace that we have not seen ever. … The fact is if this volume is then taken away from the market because we moved into demand destruction scenario that doesn’t actually matter. Yes, the market will think it is very negative Look the demand destruction in this market is unheard off but people are continuing to pump and for us as ship owners then it is not about the demand. The demand is obviously very important, but the freight is driven by the oil production. We are at all time high and I think that is essential point.

These notes are a continuation of my previous post on oil tankers.