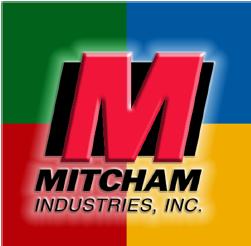 I have a relatively long history with Mitcham Industries. I bought it in 2009 for $5 per share and held it all the way until it reached $27 per share. I should have sold it at the peak. Instead, I watched it drop to $15 per share and then sold it. It was still a successful investment. It is always hard to know when to sell.

Unfortunately, I was not able to buy it for $2.50 which is the price that it reach in 2009. Well, today, the stock price is almost back to that level. It is trading for $3.10 per share which gives it a market capitalization of less than $40 million.

Mitcham Industries, a Texas corporation, was incorporated in 1987. The company is the world’s largest lessor of seismic and peripheral equipment to the oil and gas industry. It operates in two segments: equipment leasing and equipment manufacturing. On the leasing side, it purchases seismic equipment from leading manufacturers and leases it out to seismic data acquisition contractors who perform seismic data acquisition surveys on land, in transition zones, and in marine areas. On the manufacturing side, Mitcham Industries manufactures and sells marine seismic equipment mainly through its Seamap subsidiary, which was acquired in 2005.

Seismic equipment is used by contractors to determine where to drill. Because drilling is an expensive undertaking, seismic surveys can save companies a significant amount of money because it decreases the likelihood of dry holes. As shown in the company’s investor presentation, seismic surveying is the first step in producing energy:

Seismic contractors have two choices: they can either purchase or lease the equipment needed to conduct seismic surveys. Some choose to lease because it does not require a significant amount of capital, and it also allows them to supplement their existing equipment for specific jobs and gives them access to a large and diverse seismic equipment pool. Contractors that decide to purchase the equipment from Seamap often become leasing clients in the future.

When I bought it in 2009, I looked at the income statement and I noticed that even though oil price was extremely low, the company was still EBITDA positive. Well, today, it is exactly the same.

Disclosure: I don’t currently own any Mitcham Industries