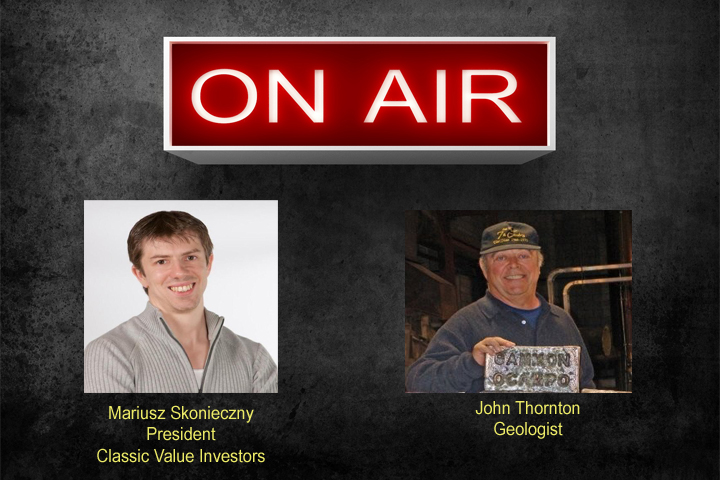 The following is an interview with mining legend John Thornton. He is currently the senior consulting mining engineer to Oroco Resource Corp. This is part one of two part interview. The second part is with Craig Dalziel.

Mariusz Skonieczny: John you have been involved with Santo Tomas for more than 20 years. You also worked on other major copper deposits. How would you describe Santo Tomas in comparison to other copper projects?

John Thornton:  I’ve had the good fortune to work on a lot of the world’s largest porphyry copper deposits and producers. I’ll pick just two, with instructive similarities to Santo Tomas; both of the projects are large porphyry copper deposits with crush, grind and floatation plants with concentrate shipped to other locations for smelting and refining.

In the 1990s I was Chief Consulting Mining Engineer at the Bajo de la Alumbrera project in Argentina for Adolph Lundin’s company Musto International. BDA went on to become the ninth largest copper producer in the world for a time. Starting in 1999, I worked on the complete re-evaluation of the Cananea Mine belonging to Grupo Mexico, for their planning to increase production from 80,000 TPD to 180,000 TPD. Cananea is a part of the same orogenic trend as the Santo Tomas deposit, and is fairly close to Santo Tomas, and Cananea is considered one of the top producers of copper in the world and is still one of the largest copper deposits in the world.  It has been in production for over a century with current remaining reserves that rank in the top echelon of copper deposits.

My involvement in those projects have included geological modeling and determination, mine and road design, expansion feasibilities and operational open pit mine planning, and production scheduling.

When the stars align for a large deposit, all major characteristics must get at least a passing grade. Size, grade, strip ratio, metallurgy, political jurisdiction and access to infrastructure should all be favorable, as a failure in any one or several of these areas can be enough to prevent the successful development of a project. Few deposits meet the test, but those that do, like Cananea, BDA and Santo Tomas, stand out.

BDA, Cananea and Santo Tomas benefit from excellent access to infrastructure and transportation routes. Power, water and transportation play very important roles in operations that mine, move and process several tens of millions of tons of ore and waste every year. Low costs per tonne of ore mined and processed, and concentrate shipped or locally smelted and refined, drive profitability and long-term viability. Santo Tomas has this, excellent access to low cost power and water from the Huites Dam close by, and excellent access to the nearby deep-water port of Topolobampo on the Pacific Rim near Los Mochis. Other fundamental traits shared by Santo Tomas and those projects I’ve worked on that have gone on to be successful operations, include good metallurgy and low strip ratios. Santo Tomas, has a calculated very low strip ratio which compares very favorably to other projects, and with conventional metallurgy is very amenable to producing a good, clean concentrate, the kind that smelters and refiners prefer.

Santo Tomas is already a very large copper deposit, probably larger than BDA, and the mineralization remains open north and south of the known and partially drilled deposits and also down dip to the west. Santo Tomas has an ‘evaluated’ close to a billion tons of Measured and Indicated material above a 0.15% sulfide copper cut-off grade containing about 7.0 billion pounds of copper, with another 900 million metric tons of inferred ore awaiting development within and just below the conceptual M&I open pit.  The project also contains significant gold silver and excellent molybdenum as potentially recoverable by-products. So, it’s already an extremely large deposit, but additional exploration carries a very high likelihood of making it even larger. As you approach 2 billion metric tonnes in a resource a deposit becomes one of a very rare breed and capable of operating for several decades.

In short, what is known about Santo Tomas suggests it shares the traits of a great many of those projects I’ve worked on that became successful mines and are still operational:  it meets the test on all major characteristics required for successful development, and at this stage I see no hurdles to its successful development.

Mariusz Skonieczny: Based on my research, I learned that previous drilling at Santo Tomas was extensive enough to establish a substantial resource and support several advanced level engineering and a Prefeasibility Study completed by Bateman Engineering Inc. in the early 1990’s where you developed the Mineral Resource and completed the mine designs and schedules as part of Mintec, Inc.  Yet, the limits of the deposit are still unknown, correct? In other words, even though there is already a lot of value in the ground, the exploration potential has only slightly been touched. Can you elaborate more on this and why past drilling might have been cut short?

John Thornton: We have data on 89 holes that have been put into Santo Tomas by two separate companies. There was additional drilling by two other well-known Mexican mining companies, who developed mineral inventories of the deposits, but the data was never given to the next company or put into a digital file when the option was dropped and remain unknown -except for remarks that the results were very much in line to what Asarco had found. That’s a pretty reasonable start and has established it as a large potential copper resource. It’s enough drill data to have completed a resource determination and a Prefeasibility Study back in the 1990s, but the deposit contains a great deal of un-drilled additional potential. Mineralization is open on the northern and southern extremities of what was drilled, and down dip to the west along several kilometers. The known and drilled western extremities of the northern area is several hundreds of meters thick and dipping to the west. Within the area of the conceptual pit from the mine plan of the 1990s there is nearly a billion tons of material that would be considered an Inferred Reserve, and thus wasn’t included in the original mine plan. Santo Tomas warrants additional drilling to realize its full potential.

The last drill program by Exall was cut short by a collapse in copper prices in the mid-1990s. Drilling could have continued if the goal was to have been a complete testing of the possible resource, In the mid 1990’s, and again in the early 2000’s. I specifically advised Bateman to explain to any interested parties who were prepared to option the property that so much remained to be drilled.

The deposit is open to the north and south, at depth and to the west. Many kilometers of strike length remain to be tested. About half the holes that pierced the ore body ended in ore and the original resource calculation didn’t include estimates below sea level, so, there is a great deal of obvious additional potential at Santo Tomas.

The Laramide trend, extending from south of Santo Tomas into Arizona and upwards into Nevada and Utah, hosts some of the world’s largest copper resources. This cordillera  is no stranger to multi-billion tonne porphyry copper deposits, and Santo Tomas’ history has contained many twists and turns that have prevented it from ever being fully tested. The legal problems that Oroco has worked to resolve, the collapse of copper prices in the 1990s, and before that, a long period of under investment in exploration pretty much sum it up.